AT&T caused something of a sensation by announcing it will run its 5G network on Microsoft’s Azure for Operators cloud, given that it’s not a green field network operator like DISH Network, Reliance Jio or Rakuten Mobile. Some pundits even reckon AT&T will leapfrog them and be the first to transition to a complete, end-to-end cloud solution. The operator is starting with its containerised 5G core and will add other workloads later. Note that AT&T will continue to manage all aspects of its network and new 5G service deployment, commercial applications and subscribers’ data.

Maybe the real kicker in this deal is that “Microsoft will acquire AT&T’s Network Cloud technology and talent to help operators increase competitive advantage through streamlined operations and service differentiation”. AT&T pioneered and built substantial IP in software-defined networking (SDN) based on open standards. It has been a significant contributor to several Linux Foundation networking projects including the Open Network Automation Platform (ONAP), which focuses on network automation and orchestration. 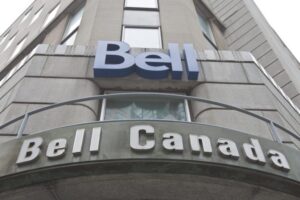 Hard on the heels of the AT&T deal, its northerly neighbour, Bell Canada, announced it has partnered Google Cloud to “drive operational efficiencies, increase network automation, and deliver richer customer experiences” through various initiatives. They include moving multiple workloads from private systems to Google Cloud platforms and leveraging “Google Cloud’s expertise in AI and big data to gain unique insights”. The plan is to combine the operator’s 5G connectivity with Anthos-hosted applications for an experience that “can respond faster and handle greater volumes of data than previous generations of wireless technology.”

Taiwan’s Chunghwa Telecom completed a proof of concept (PoC) for an open access – open as in disaggregated – FTTH network and is encouraged by the results. Why is this a big deal? Well in the usual ‘closed’ FTTH environment, optical line terminal (OLT) software is bundled and installed with every single OLT. In a virtual open network, multiple OLTs – possibly running different technologies like its counterpart in the Open RAN – could be added and controlled by a single central server for zero-touch automation of provisioning and activation. Chunghwa says it will continue participating in open source communities and standards organisations to further the open network. 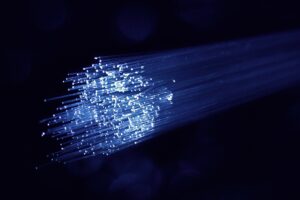 Nokia and Vodafone launched a jointly developed machine learning product, running on Google Cloud, to detect and fix network anomalies fast, before they impact Vodafone’s customers. The Anomaly Detection Service was initially deployed in Italy on more than 60,000 4G cells. Vodafone will extend the service to all its European markets by early 2022 and expects about 80% of all anomalous mobile network issues and capacity demands will be automatically detected and addressed through it. There are plans to apply the service to Vodafone’s 5G and core networks eventually. Nokia said anomaly detection as-a-service is an important dimension to its Cloud and Network Services’ group strategy.

Appledore Research’s report, Network Automation Software: A Market Transformed, finds that in 2020, CSPs spent $4.3 billion on software to automate networks. While 49% went to telecom equipment vendors such as Nokia, Huawei, Ericsson, Cisco and Ciena, pure-play software vendors such as VMware, Red Hat, Splunk and smaller firms accounted for the rest. Appledore says, “This represents a significant change of state in the network automation software market” with categories like element management systems, network management systems and even OSS “no longer adequately reflect[ing] the context of telecom network automation software, nor the position of vendors in the market” – see graphics below.

Finally, BT said it intends to offer 100% 5G coverage across the UK by 2028 and deliver the UK’s first fully converged network by the mid-2020s. Qualitest, which claims to be “the world’s largest pure play software testing and quality assurance company” has worked with BT for more than 20 years. Now it will extend its remit to deliver a Managed Test Service (MTS) to assure that service, relying on automation and its own expertise for the testing, “resulting in significant savings and added value for BT”. The Qualisense AI suite of testing tools will address “risk in key areas, and measurement and analysis of the impacts of any changes to the system”.